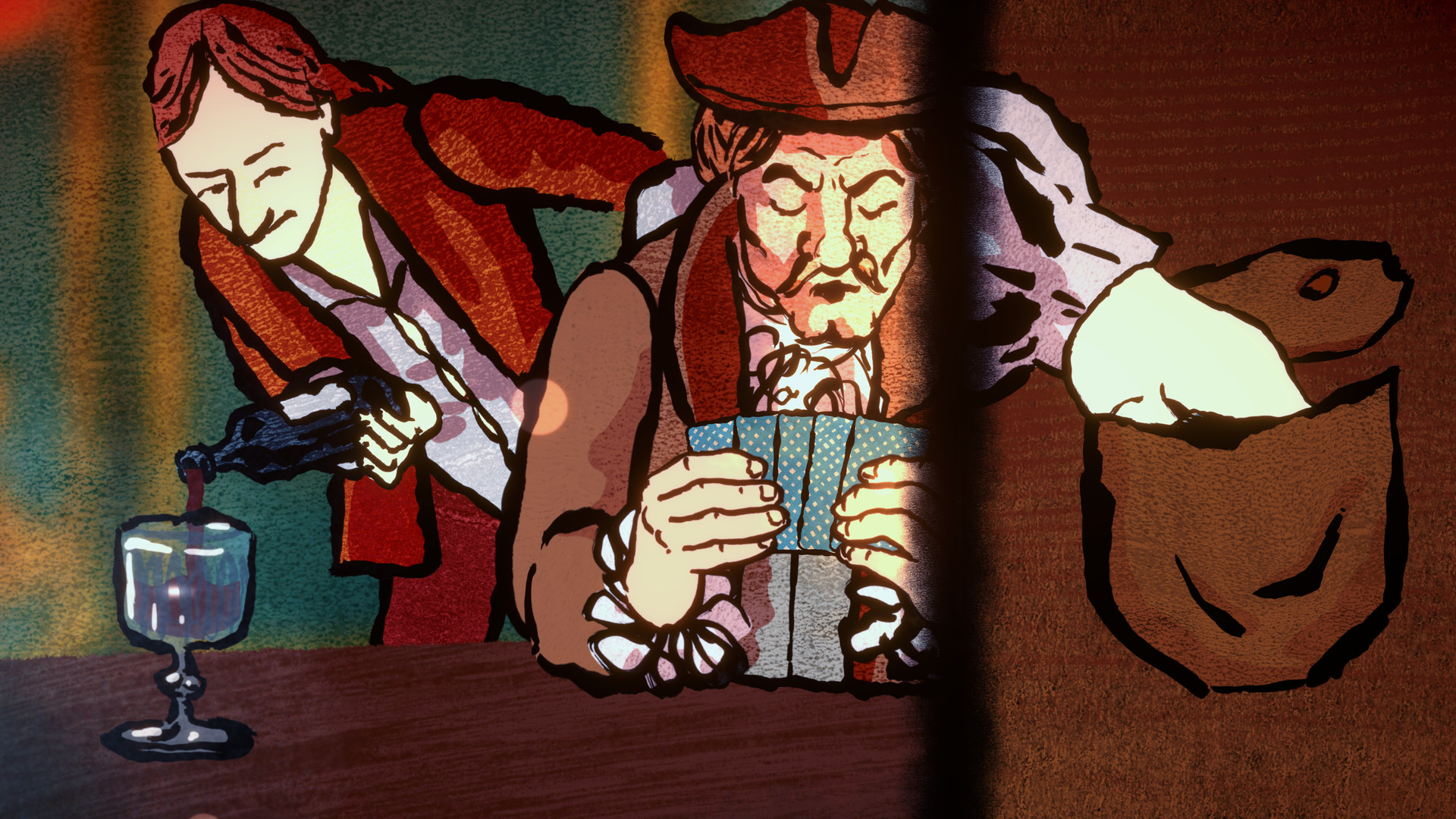 Devolver Digital today announced that Card Shark, the game of cheating at cards, climbing the ranks of society and trying not to get murdered like a dog, will finally arrive on June 2nd.

Card Shark sounds really cool. Cheating is winning, as the saying goes, and getting caught is very bad news, but there’s a lot more going on here than just shuffling and trading. You’ll have to learn all sorts of tricks of the trade, use them to make money, and buy your way to better (and higher-stakes) games as you move from small provincial towns to lavish mansions in 18th century France. It’s a life of ups and downs, as Chris learned when he was stabbed in a crappy rural barn after trying to outsmart a local peasant in a game of Three-card Monte.

“Card Shark really makes me feel like a skilled card cheat, especially when I have a great run at a table, executing my moves to perfection, upping the ante to win a big pot, and finishing the game without the other players getting completely suspicious . “, wrote Chris. “I learned about 8 different ways to cheat, but there are almost 30 in the full game, and since certain methods end up being combined with others, I imagine that no two card games will ever be the same.”

And apparently there’s a moral aspect to the game too. Your mentor has no qualms about taking every last franc from everyone you meet, but shearing people who can barely afford it carries with it some potentially ugly consequences – for them more than you.

Card Shark is available for pre-purchase on Steam at 15% off the regular price of $20 / £17 / €20 until the game launches on June 2nd, and if you want to try it out before then, you can put the hands on a demo now. Learn more at cardsharkgame.com.