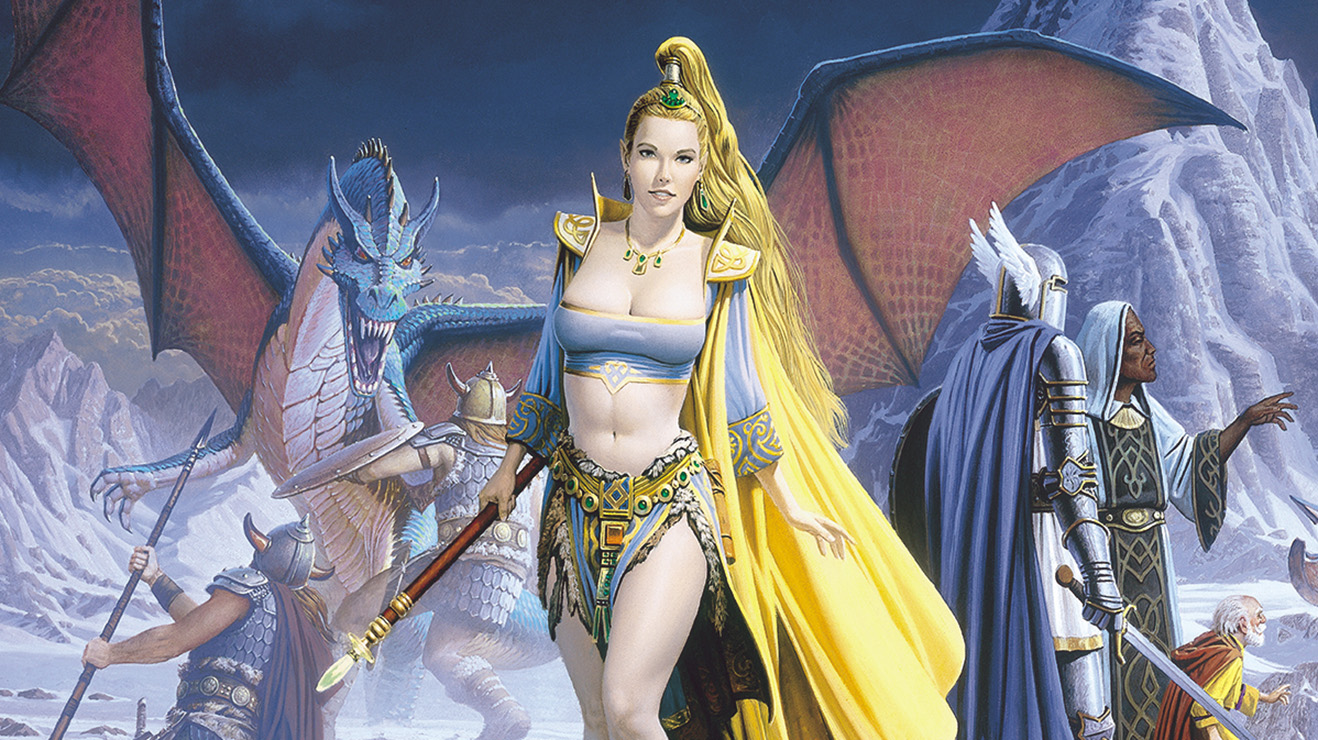 A few weeks ago, over 100 players dove deep into Sleeper’s Tomb, the final dungeon in EverQuest’s 22-year-old Scars of Velious expansion. It’s a brutal and challenging area locked behind a key that requires players to defeat an endgame dragon. It feels like a serious moment, requiring coordination and focus. But this attack was not serious. It was a party at the end of the world as they knew it.

It was the kind of party that saw retired members returning, GMs turning people into illusionary dragons, and a beloved community streamer narrating on Twitch. Soundboards with inside jokes from two years of raiding together had people bursting into laughter. The strongest guild on the server, Seal Team, broke into this tomb to wake up the Sleeper.

And that meant everyone else on the server was upset.

Let’s go back a minute. On the three-year-old Project 1999 Green fan server, people play EverQuest as it existed at the time, locked only to the first two expansions (there are now 28 EverQuest expansions, with the last release in December 2021). In the 1999 Green Project, nothing is easy. There are no XP potions to buy with microtransactions, no auction house, and no instances. If you and I want a crowd, whoever comes first wins. Raid bosses have week-long timers, and guilds have specialized teams waiting hours for them to appear, ready to take them on in seconds. It’s intense.

So why would the most dominant guild on the server want to wake the Sleeper? There’s no more dramatic decision in EverQuest: is it a one-time server-switching event that unleashes the legendary dragon Kerafyrm on a server-side murderous rampage and removes your Warders – and, critically, your incredible loot – for good? Waking the Sleeper is the most historic moment in all of EverQuest, one of the most historic of any MMO, and anyone who wasn’t already hooked was missing their chance forever to get these items.

According to the Seal Team’s detractors, it’s a simple matter for the guild to selfishly take their ball and go home. For months, the Seal Team had the Tomb all to themselves, hogging keyring dragons. But in the last few weeks the challenging guild Kingdom and their allies in Safe Space have finally started accumulating some keys by slaying dragons like Yelinak and Zlandicar. Instead of letting them have a chance to get the Warder’s loot, the selfish and miserable members of the Seal Team would wake the Sleeper, ruin everyone’s fun, and become that kid in the Disney movie with the black shirt that punch our brave hero. the schnoz. The p99 forum was filled with hundreds of posts like “Your decision to wake the Sleeper will not only tarnish your legacy and be a reason for people to look at your guild with distaste, but will inevitably lead to its collapse. Mark my words.”

But that’s just the story according to Seal Team critics. The real story can be a little more complicated. There was extensive discussion in the guild about when to wake the Sleeper, with heated words from both sides. Some wanted this done right away to free the guild from having to only focus on keys at the expense of good loot. Some wanted to leave it dormant forever, seeing no point in taking away the contents. Accusations of official corruption, players tired of tracking keyholder dragons, and a particularly loud German calling everyone pixel poopers made for volatile stew.

Finally, some Seal Team players were fed up. Taking matters into their own hands, a splinter faction of key players created a Discord channel called Dream of Kerafyrm in the middle of the night and began making moves towards the Tomb. Disgruntled seals alongside members of other guilds would wake the Sleeper, consensus be damned. Only a few madcap fights over the guild’s leadership – mobilizing to the Tomb, changing passwords on shared accounts, talking to members out of bounds – averted disaster. The clock was ticking: Someone at Project 1999 Green was going to wake the Sleeper. The only question left was who would do it.

The Seal Team’s guild leadership was facing the biggest dilemma any EverQuest guild has ever faced or will face: they wake the Sleeper and risk alienating members who have worked tirelessly to level, raid, and compete for keys, but who still haven’t. got the items they want from the Tomb? Or do they put you to sleep and risk having another splinter guild or faction wake you up for them, ruining your members’ chance to experience the event?

For many who play Project 1999 Green, this incredibly rare moment is the culmination of 20 years of nostalgia. Two decades ago, that same moment was the first time in a massively multiplayer video game that players decided their own fate – indeed, the fate of their entire online world. It was one of the first major scripted events in an MMO ever, with almost unimaginably dramatic repercussions in a game today. Imagine players in WoW or Final Fantasy 14 being able to permanently kill a boss, making its loot forever unreachable for the rest of the server.

So, in the 1999 Green Project, research was done. Guild members’ feathers were messed up. And in the end, the Seal Team made their decision: the guild would wake the Sleeper, no matter what others on the server thought.

When the last Guardian died, the entire server shook. Kerafyrm woke up and began to invade the Sleeper’s Tomb, killing everything in his path. Seal Team had posted on the forums that anyone who wanted to could go to Skyshrine, the home of Lord Yelinak and Kerafyrm’s ultimate target, and face the Sleeper in one last epic battle to try to slay the invincible dragon, something that had only been done before. once. before and was itself a legendary piece of MMO history.

Hundreds of players from other guilds, furious at the Seal Team’s actions, killed Yelinak before the battle could begin in earnest. Then Kerafyrm killed them all and disappeared forever.

The 1999 Green Project is now living in the aftermath. Historically, guilds that awaken the Sleeper – even the dominant ones – tend to fade into obscurity afterwards. Something about releasing all that pressure, maybe. Or feeling that the long journey is finally over. The Seal Team’s fate has yet to be determined, but one thing is clear. There is no return.