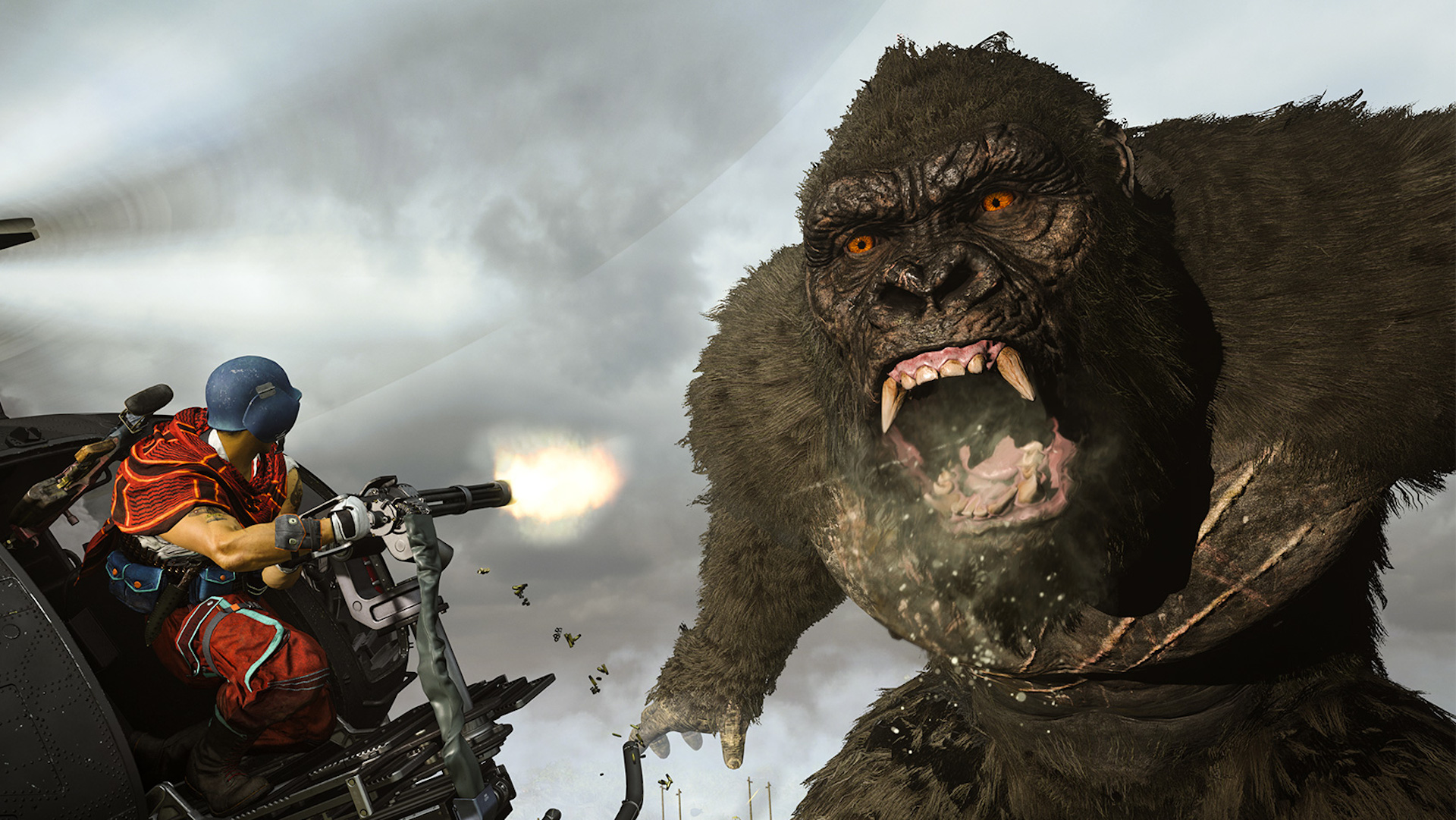 After years of action movie crossovers with Die Hard, Rambo, and Judge Dredd that did nothing for me (but my dad would probably love it), Call of Duty: Warzone finally held an event I couldn’t resist. Operation Monarch, a new live game mode in the coming weeks, places King Kong and Godzilla on the island of Caldera and asks you to survive their fury.

Say no more. Update downloaded. Shaders are cached. I wanted… no, I needed to see a full-scale Kong/Zilla showdown from the perspective of a petty CoD soldier.

At least, that’s how I expected Operation Monarch to go. I’ve played a few rounds of Monarch to completion now. It’s pretty cool, but definitely not a playable recreation of the duo’s fight in the movie Godzilla vs. Kong. In fact, the two monsters do not fight each other. They really seem to have joined in the hatred of the 60 tiny Call of Duty soldiers who run around the island and prefer to attack them.

King Kong in particular really seems to want me dead. The furry idiot keeps hurling building-sized rocks at my squad.

Kong will periodically jump across the map and crush people he lands on. Then he plants himself in place, throwing rocks and beating his chest like he’s just playing.

Godzilla, on the other hand, seems to want nothing to do with Kong. The giant lizard just cools down in the ocean, occasionally shooting a kamehameha out of its mouth which unfortunately doesn’t damage the buildings or nature it crosses. It is an effective anti-human ray, however. The blue beam of death can even catch you when it looks like you are within 50 meters of it.

OK, that was kind of a BS. You can see that, according to the minimap, I’m within the danger zone of Godzilla’s nasty breath. This is not consistent with the actual blue beam which is still very far away, but I disagree. I only got this close because it was legitimately awesome to see Godzilla’s eyes light up from miles away and instantly master all the silly little weapons and gear we care so much about. For a brief moment, I was that guy in a kaiju movie who dies because he watches the cool monster instead of running from it.

The only downfall of Operation Monarch is that for most of the mode’s runtime, Kong and Godzilla don’t feel like the centerpiece of the action. As much as I want to focus on fighting the gigantic monsters that pierce the horizon, other players are a bigger threat.

The core of Operation Monarch is just a normal round of Resurgence, which is basically a battle royale where you can respawn if at least one person in your squad is alive. This sucks. If I wanted to get headshot by snipers on the roof or be pushed into a bad spot by the circle, I would just play battle royale. I’m surprised Raven Software didn’t use this opportunity to do an epic 2v60 showdown where players work together to save Caldera.

Instead, the monsters are mainly there as background hazards. You can occasionally shoot Kong and Godzilla to earn “intel” that gives you things like gas masks and charging drops, though the monsters are never taken out by our lead volleys.

I think this is where Call of Duty still lags behind Fortnite live events. When Epic sits down to do an end-of-chapter live event, you don’t know whether you’re going to watch two mechs have an anime fight, pilot a super-powered battle bus to kill Galactus, or fend off an alien invasion in what is essentially a Fortnite campaign mission.

Even though they only last 10 minutes in some cases, Epic events are memorable without falling into battle royale. Obviously projects like these take a lot of time and money, but Warzone has that weight to play with, and I really think it should.

Maybe next time I can to be King Kong, though I was content to see the two monsters fighting each other instead of throwing rocks at me.