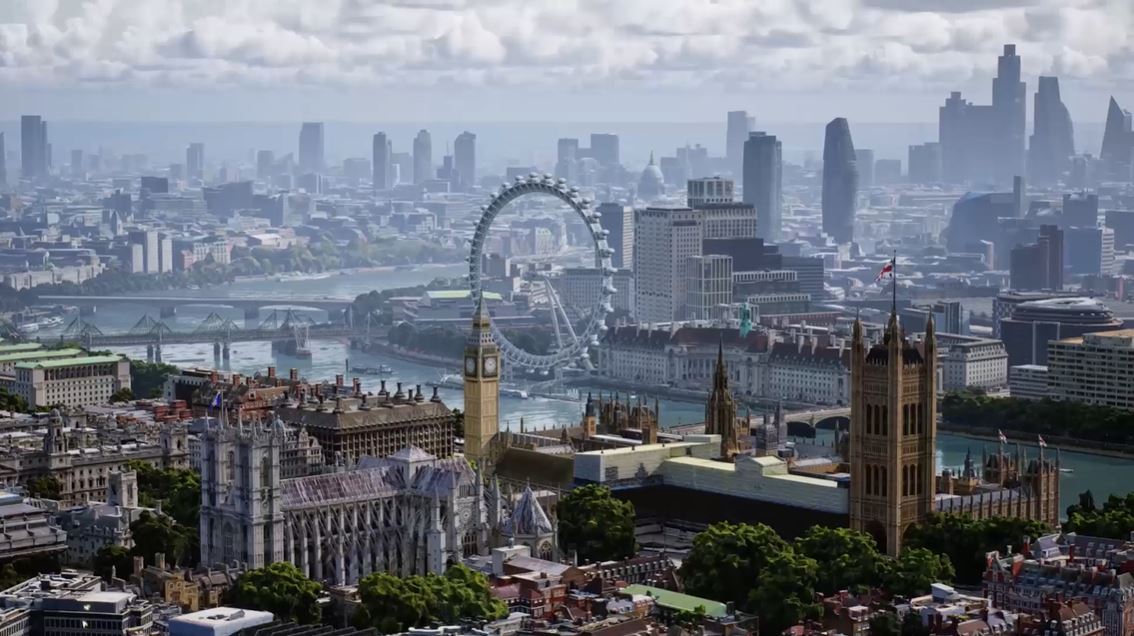 If you’ve spent hours exploring strange places on Google Maps – and loved every moment – Google’s new Immersive View can be an exciting prospect. Announced today at the company’s I/O conference, Immersive View will essentially allow you to fly, like a drone, through supported cities, visiting famous landmarks, exploring the inside of some buildings, and no doubt sharing valuable marketing data as you go. along the way.

Google hasn’t shown it in much detail yet, but based on the gifs already shared, it looks like a video game. Think Cities: Skylines, or Civilization 6. In the example demonstrated during the I/O conference, London’s Big Ben is shown. You can tour Westminster Abbey and cycle through information including peak trading times, how busy the traffic will be and what the weather forecast is. When you’re done hovering, you can go down to street level to explore on foot, and in a twist, the Immersive View also simulates the weather. Check it out in the video above (starts at 1:21):

It’s that last point about the weather that’s interesting. Yes, Immersive View is probably, fundamentally, just a fancier version of current Google Maps that gets closer to neighborhoods. But Google’s move to simulate the world, rather than just displaying countless still pictures of it, is what’s fascinating and very reminiscent of Microsoft Flight Simulator. According to Google CEO Sundar Pichai, Immersive View uses “advances in 3D mapping and machine learning”, fusing “billions of aerial and street imagery to create a new high-fidelity representation of a place”.

The comparison with Microsoft Flight Simulator is not as elementary as it seems. Real-time data is critical to Immersive View as well as the flight game. Sure, it will no doubt be mounted with immersion break overlays, but assuming you can turn them off, I could see myself wasting days just flying in this mode. It’s coming soon, with support for Los Angeles, London, New York, San Francisco, and Tokyo.

Google Maps’ slow growth from a simple wayfinding tool to a virtual world of sorts also has a faint metaverse scent. What if Google uses this technology to transform its inevitable metaverse into a digital reconstruction of the real world, except with useful overlays that tell you how busy your favorite bar is? It sounds fascinating, frightening and inexplicably irritating: just like real life.