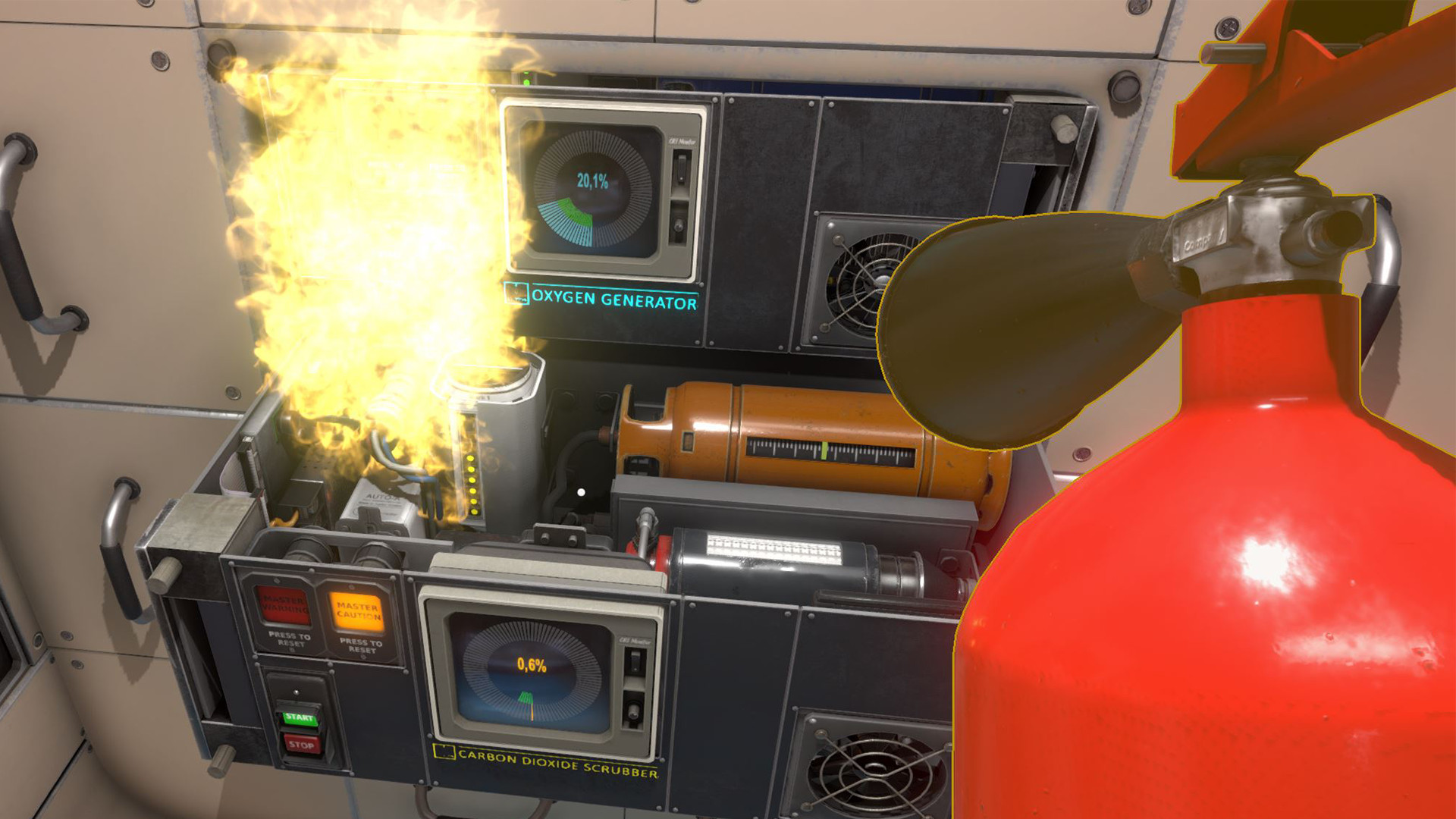 In space, no one can hear you flip through a 35-page technical manual looking for an error code before you die of asphyxiation. But that’s what you’ll have to do to survive Tin: is a first-person survival simulation game where you, a space janitor, have to get out of a space station exploding in an escape pod and somehow stay alive in the extreme dangers of outer space.

A lot can go wrong as you roam the void in a vulnerable, aging space capsule. The heat of passing a star will bake you quickly. Radiation from a nearby nebula will fry your DNA. Oxygen generator malfunctions, hull leaks, dropping temperatures, and hell, even the lights going out will put your life at risk. Your escape pod has seen better days, and its old components and faulty machinery mean you’ll routinely have to take things apart to get it working again.

It’s all very tactile and complicated in the best way: all the components of the ship’s various survival systems are objects that you can pick up, hold (in both hands), and put in place. If a coupling, battery, or circuit breaks, you’ll need to open up the system it’s a part of, dig around until you find it, and repair the broken part, or assemble a new one by cannibalizing something else. You’ll really have to know your little capsule inside and out – learn which component goes where, what the error codes mean (hence the lengthy manual), and how to fix the various problems that arise as you traverse the cosmos at waiting for a rescue team.

You’re not a hero with a health bar either: you’re a frail, frail human who will have to self-diagnose symptoms like blurred vision, increased heart rate, or labored breathing to figure out what’s wrong with you, and thus, the what’s wrong with the ship. Then you will have to figure out how to fix it. Then you will have to really follow all the steps required to fix it. Prepare to die, probably a lot, as you learn how the capsule works (and doesn’t) and survive longer and longer.

If that sounds like a great (but tense) VR experience, there’s good news – Tin Can comes with a VR mode in the works. And if you want to take a small step for a terrified, choking man before you take a big leap to buy on steamthere’s a free demo that gives the tutorial a good look.